What is the most embarrassing moment of your life?

One night, I got a call from my mother asking me to pick her up at a classmate party. After she told me the name of KTV, I rushed there. I was too confident to follow her song and pushed the door into a box. 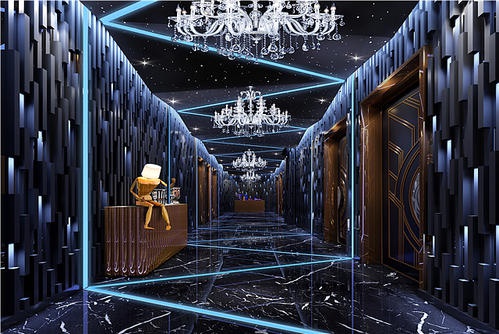 The men and women sitting inside were my mother’s age, and I was suffering from face blindness. I felt that the people inside were very familiar. After I nodded and said hello, a microphone was put in my hand, while the other was in the hand of a middle-aged man. He urged me and said ” Come just in time, ha ha ha, sing together!” I was forced to sing the whole song with him.

After singing, the audience broke into rapturous applause (Exaggeration(o≖◡≖)). I looked back at the audience and found that my mother was not in the box! I realized that something was wrong-I was in a wrong room!!! When I was about to turn around and run, I found my ex boyfriend sitting in the corner with a face of muddle!!!!!

It was so embarrassing!!!

The embarrassment was not over. After I got out of the room, my ex-boyfriend sent me a message. 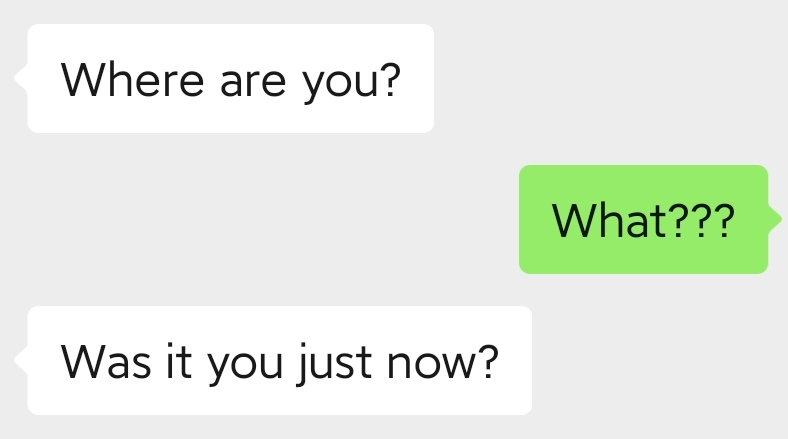 ( I tried to pretend that it wasn’t me, but failed 🙂 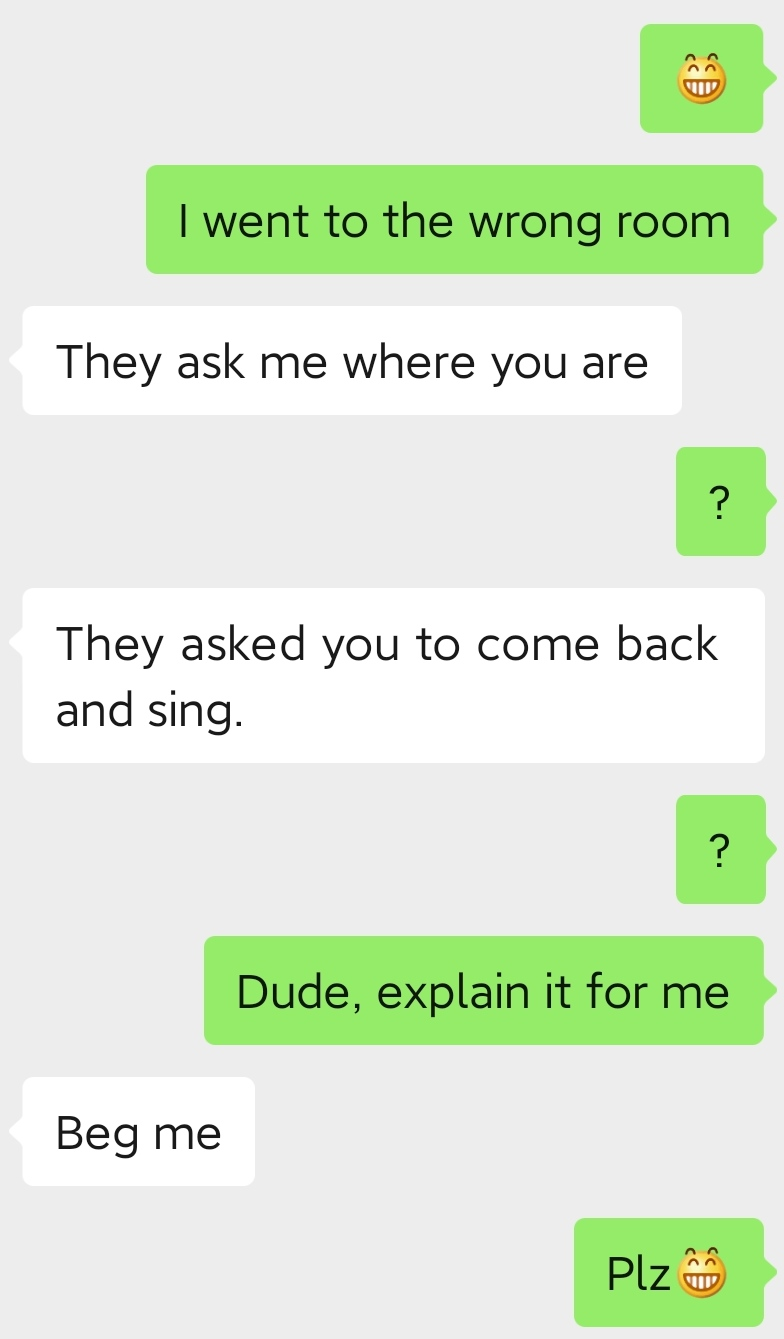 This is so awkward. I’m not gonna go back there 🙂 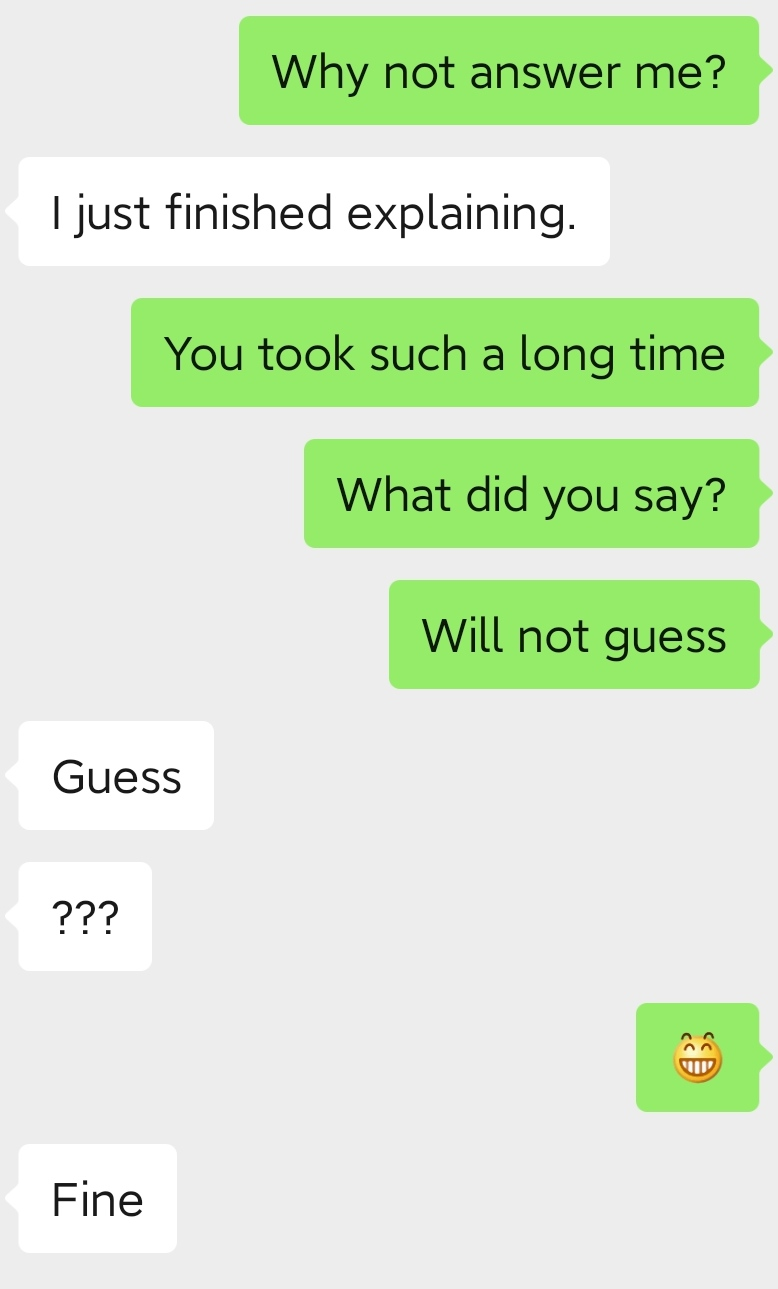 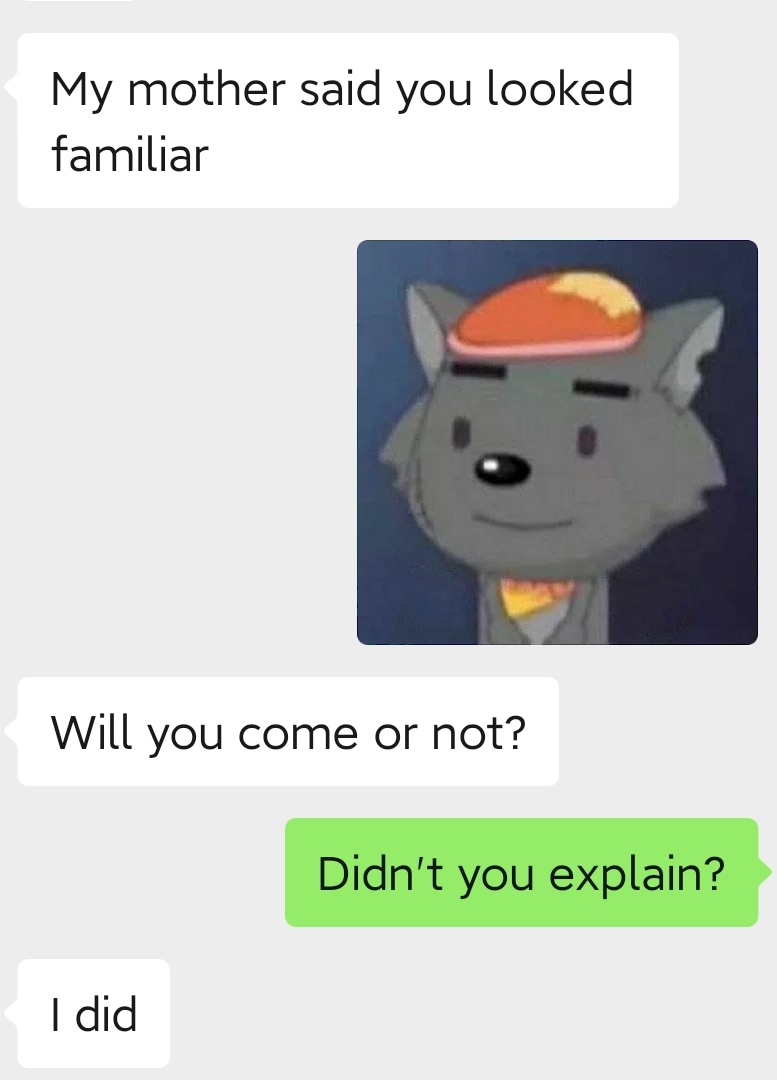 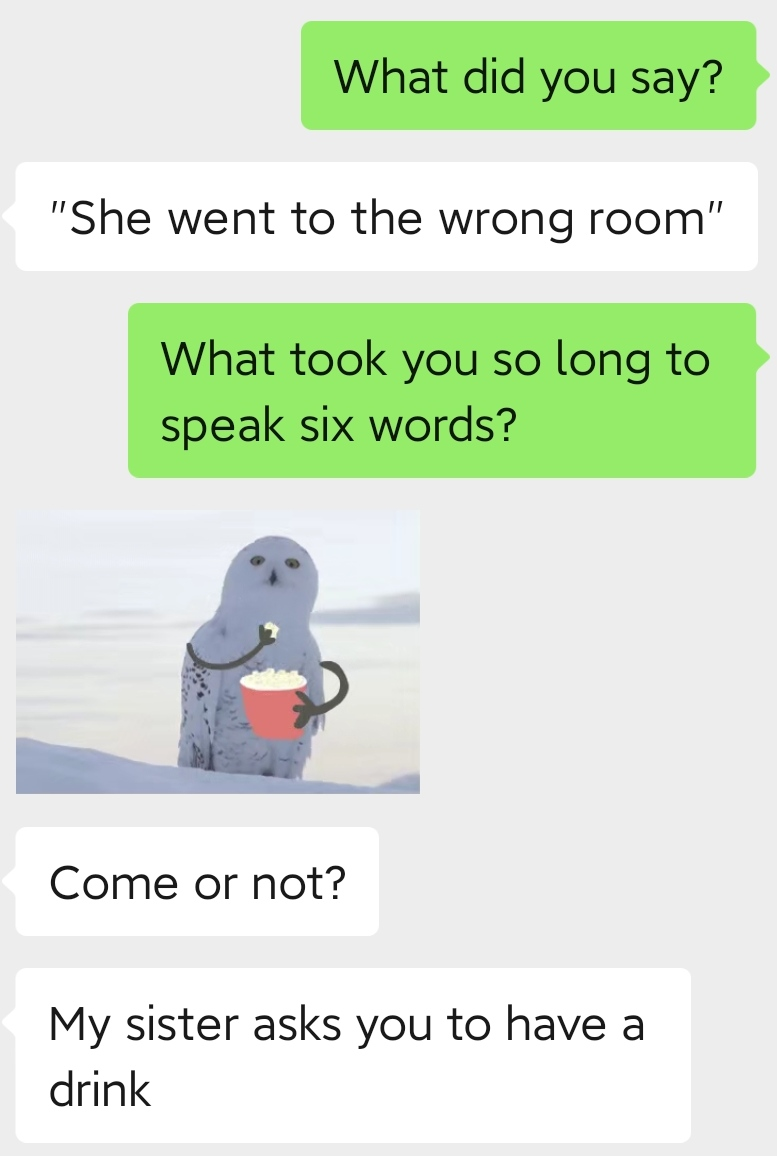 I asked him what he said exactly. Well, he told everyone in that room that I was the girlfriend he had when he was in high school.

It was so so embarrassed, because I pretended I didn’t know him when I was in high school and I thought nobody knew that we were in a relationship…

2020-10-23
Previous Post: Things you should do when you have a first date
Next Post: What are some things you realize as you get older?